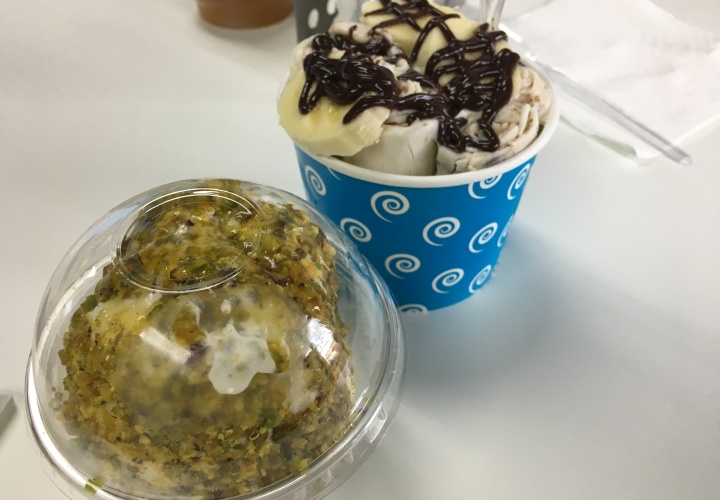 It’s hard to imagine a day better spent than one visiting three different homemade ice cream places, eating booza (an Arabic style of ice cream), Thai-style hand-rolled ice cream and a spicy goat cheese based ice cream in Tampa, amongst many others. It’s time for a thrilling ice cream adventure in the Tampa, Florida area.

First off, my apologies for not blogging last week. I spent a week back in New Hampshire, and although it was great to be back (and to enjoy some Arnie’s ice cream in Concord), it definitely messed up my blogging game.

On to the epic ice cream recount.

My brother, Robbie, and his girlfriend Ria came up with the perfect Christmas present for me – an ice cream adventure! But when Robbie started researching the best places to get ice cream in Florida, he realized he really had no clue what he was doing. Who, he wondered, would know where to get the best ice cream in Florida? 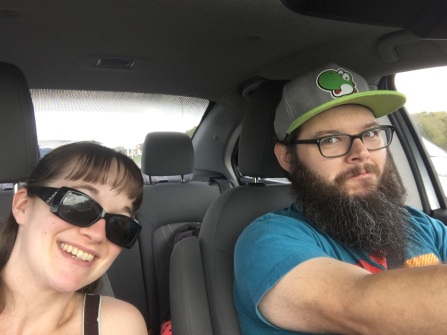 That’s when he realized it was me. So he just gave me some money and said go have an adventure! With a $45 budget and most of an afternoon and evening to explore, I set my sights on Tampa, Florida, which was a city we hadn’t ventured to yet (although I had a bit as a child) and which seemed to make all of the “best of” lists for ice cream.

With a goal of visiting at least three ice cream places in a day, I knew we’d want to keep the portions small and keep the destinations in relative proximity to one another. When I started researching ice cream in Tampa, I realized I had about a dozen great options to choose from! Hand-rolled ice cream is definitely popular, but you can find traditional American-style ice cream, soft serve yogurt and all sorts of other options in the Tampa area.

Handcraft carries two types of ice cream, and since they both interested me and they were offering a buy one, get one half off promotion, I decided Ross (my husband) and I could share both of them. It’s a cute setup, with a little sound system in the corner, almost a retro-style parlor and some fun artwork on the walls.

The store is owned by a Syrian family, from what I’ve read, and I was a little disappointed that there was a language barrier when I put my order in. I would have loved to ask them more questions about the ice cream and their store.

But ice cream is the universal language, right? 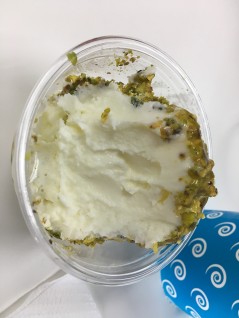 First we ordered Booza Bakdash, a style of Middle Eastern ice cream that I hadn’t heard about before. (Handcraft says they’re the only place making it in the U.S.!) It was really fun, light and not super creamy or sweet, and according to Google it’s made with a paddle. The ice cream gets rolled in pistachios and if desired, you can top it with honey, like I did. It’s really great, almost savory. They gave me a generous, satisfying portion of this light, milky food. It would be a nice summer treat, and at $7 it felt like a reasonable price.

Next up was my first time having rolled ice cream. Also known as Thai-style ice cream, it was very fun to watch the ice cream as it was made in front of us. As is common at a lot of these places, you start by choosing your base, and then you can choose mix-ins and/or toppings to go with it. 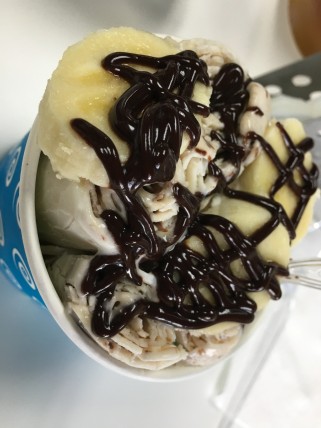 I went with coffee ice cream, with banana, chocolate topping and Nutella. The base wasn’t super sweet, and it was a subtle coffee flavor. I found this to be the perfect flavor combination if you like banana. The ice cream itself wasn’t super creamy, but it’s a fun texture. It’s milky, so it’s lighter, and it can be a little bit crumbly – almost flaky. Again, this was an excellent portion.

I think hand-rolled ice cream is a fun experience, especially if you like mixing in toppings or sundaes, but you’re definitely paying for the experience more than for quality ice cream. The ice cream texture itself isn’t something I’d choose over more traditional methods. Here it’s $6 normally, and that felt appropriate for the work involved. (When I was there, they had a coupon online and in the store for buy 1, get 1 half off, so do take advantage if that’s an option.)

My only disappointment with the ice cream was that they were out of chocolate chips and marshmallows…maybe they’re going through growing pains and aren’t keeping as many ingredients in stock right now.

Conclusion: Booza bakdash is delicious and rolled ice cream is fun too! Definitely stop by here if you’re in the area.

Next stop: I try ice cream with charcoal for the first time, and Ross has a maple bacon donut! I’ll chronicle it all here next week.

Can’t wait to read the next part of the epic?

If you’re looking for other Florida ice cream reviews, you might enjoy my recommendations in Gainesville, Ample Hills at the Boardwalk at Walt Disney World (no park ticket required), Kelly’s in Orlando and a write up of all my Disney ice cream adventures including my favorite place for mint chocolate chip,  L’Artisan des Glaces in Epcot. (Fuller article on the latter to come!)