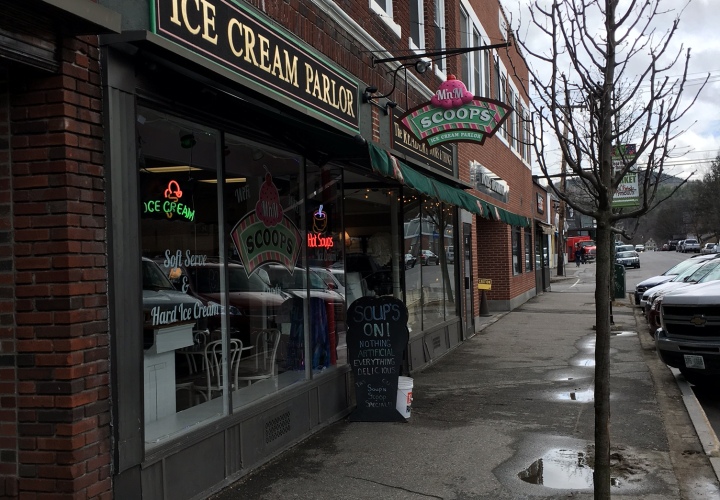 This past Tuesday was Free Cone Day, at least according to Ben & Jerry’s. I’ve only attended Free Cone Day a few times – maybe 3 times? Mostly because a) Ben & Jerry’s is usually downtown and/or out of my way (Meredith & Manchester, NH are the two I’ve participated in) and because b) as much as I enjoy Ben & Jerry’s, it’s more expensive and not super local when compared to my usual haunts, so I tend to gravitate towards the local ice cream places instead. I do love their work toward free trade & organic (and now a vegan flavor) though, so I have to applaud them for that.

In any case, Meredith is more than an hour away for me, which definitely wouldn’t justify a trip…except that I had to go to a rehearsal 20 minutes away on Tuesday. So I had a visit penciled in, obviously. Free Cone Day is fun. You usually have to stand in line for a long time, but it gives you plenty of time to choose your flavor. They usually let you get an extra scoop if you donate a buck to charity too.

Unfortunately, my plans were derailed. The day prior, my husband and I realized that he needed some library books – and because we live in a tiny town aka village, the library wouldn’t be open when he was free. So despite my best efforts to arrive promptly when the library opened at 2 p.m., by the time I’d found and checked out books, I knew that Ben & Jerry’s just wouldn’t fit into my schedule before rehearsal.

Saddened, I began the trip south. But about halfway, I had a realization…if I didn’t have to go out of my way, I would be getting to rehearsal VERY early. Which meant I had time for ice cream! It wouldn’t be Ben & Jerry’s, and it wouldn’t be free, but at least I could fulfill my ice cream craving! 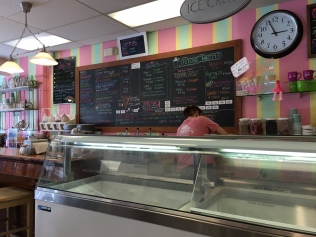 So rather than drive non-stop, I pulled off the highway at M & M Scoops in Plymouth. They’re right downtown, perfect for Plymouth State University students, and they have an old-fashioned ice cream counter that serves soups & basic lunch food as well as Blake’s ice cream. Prices are reasonable ($3.60 for a scoop that is really 2 scoops) and Blake’s is delicious. I have never managed to try anything but ice cream though – let me know if you have! 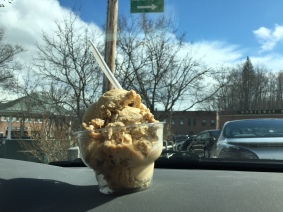 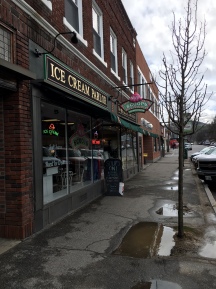 I went with an old favorite – Graham Central Station. It’s a guaranteed Jamie-pleaser. Graham cracker ice cream, with “a graham cracker variegate and chocolate covered crisp candy”. It’s delightful. Very smooth and creamy (one of the smoothest textures I’ve found in NH), never icy, rich and awesome. And it was a gorgeous afternoon for ice cream. 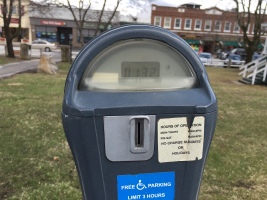 So, I celebrated Free Cone Day by paying for ice cream. But you know what? I really lucked out, because at least for me, it was Free Parking Day in Plymouth! Someone left me 90 minutes on the meter. Pretty great!

I haven’t been able to blog about all of my recent ice cream adventures, so you can look forward to more soon. I love having a back catalogue of ice cream awesomeness.

Thanks for reading, and have a wonderful week!