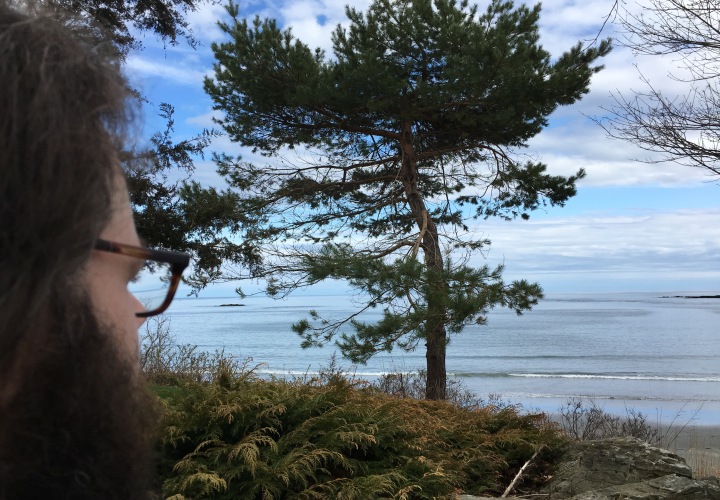 If you’ll recall from Part 1 of this adventure, my husband and I embarked on a epic day trip to the NH & ME Seacoast area, with the goal of getting ice cream three times in one day. In part one, we found the Seacoast, after a false but wonderful start, and then indulged in some delicious Lago’s ice cream. 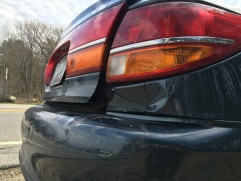 pulled out of Lago’s and followed our phones toward the Seacoast. Within minutes, we stopped at a red light only to have the car behind us slam into us (and push us into the Jeep in front of us a bit). This obviously was not what we’d hoped for when we set out this morning. A relaxing day of beach & ice cream had turned more sinister.

Oh well. With frustration, and in my case, a sore head from some whiplash, we pulled over, got out out of the car and began the routine of calling the cops, taking photos, etc. The woman who hit us felt horrible about it (she’d never been in an accident) and the cop actually said that he’d just attended to an accident at the same intersection, so apparently it’s a common spot that takes people by surprise.

Lucky for us, although the trunk was really beaten up and some of our fancy locks and such weren’t working correctly, we had a driveable car. Rather than give up and go home, Ross said he’d like to continue our adventure if we could. We were already an hour from our home base, so who was I to argue with that?

After some adventures in duct tape & locating a Home Depot, we eventually continued on, without a useable trunk but eager to find some more ice cream. 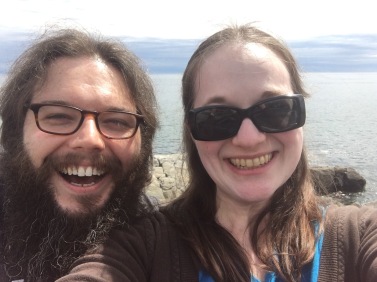 We made another stop by the ocean to inhale the air and take a few photos. As we drove through Kittery, we flirted with the idea of outlet shopping a bit but the crazy crowds deterred us. And then I saw this sign, for Mrs. & Me, homemade ice cream. It wasn’t on my list – the list was somewhat arbitrary, places I’d known of, read of, or had people refer me to. But we knew we should stop and check it out.

Given the commercial zone we were in, Mrs. & Me actually felt like an oasis, with lots of trees, tables and an old-fashioned ice cream feel even though it’s attached to Dunkin Donuts. We each had a small bite to eat – veggies, peanut butter sandwich – before we prepared ourselves for ice cream #2.

Here’s what we got:

Coffee/Chocolate Soft Serve Twist – They told me this is low fat ice cream. They also make some soft serve yogurts with the same milk. The consistency of the coffee was a little bit watery, but it’s just about the perfect coffee flavor. The chocolate is simple, not too rich. It’s good, but not life-changing. Overall, the consistency was just a little too watery. A standard full fat vanilla will taste better. But if you’re craving a coffee flavor, this is just right, and a place that gets that flavor by adding in a mix to their soft serve won’t be able to match this. (For the record, the best coffee/chocolate soft serve twist can be found at the Wright Place, in my humble opinion.)

After our second stop, we continued on, hugging the coast, and we found the most gorgeous park that we’d never heard of. Be sure to check out the Hartley Mason Reservation. There is plenty of street parking if you come in the off-season, like we did, and it’s an absolutely gorgeous place to enjoy the ocean and this beautiful park with unique and beautiful art. We had such a great time – and finding it accidentally only added to the magic.

Next time, I’ll talk about our stop in Ogunquit and our final ice cream destination, amongst other things. Thanks so much for reading!

One thought on “Chillin’ on the Seacoast – An Epic 3 Part Adventure of Violence, Seafood and Ice Cream (Part 2)”